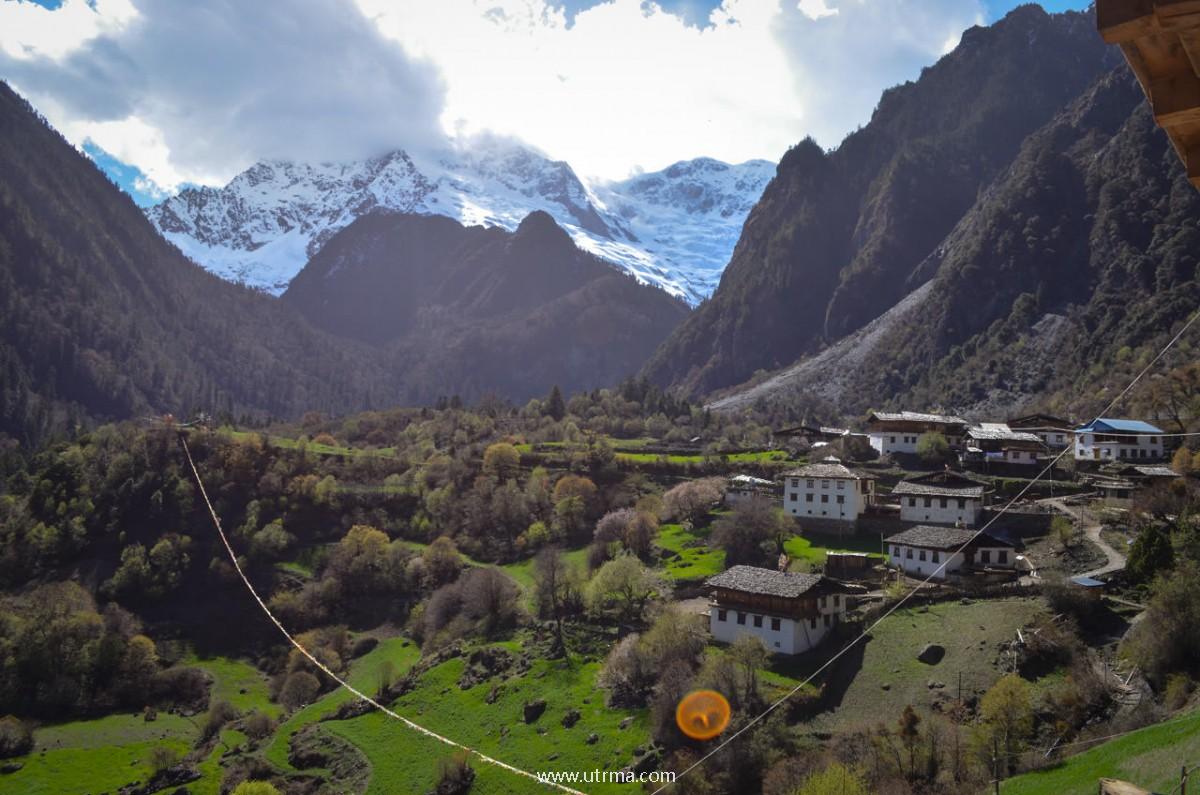 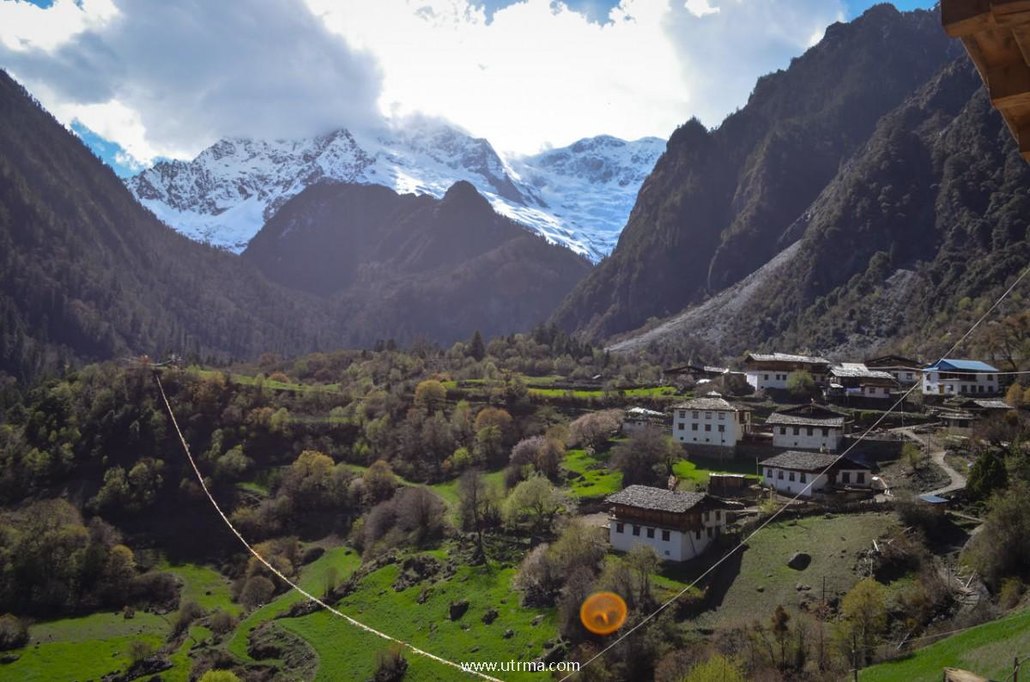 When you hear the name Shangri-La, it conjures up visions of the Lost Horizon, a mysterious hidden utopia in the Himalayan Mountains where people live in harmony and surrounded by grand beauty.  On the weekend of April 25th, the Shangri-La Marathon took a large group of international runners into that utopia to run a one-of-a-kind adventure race. To discover the Lost Horizon.

Participants and volunteers started converge into Shangri-La throughout the week, arriving early to acclimatize to the high altitude of 3200 meters. On the morning of the 24th the event officially kicked off as everyone began the journey into the grand Himalayan Mountains. After a 6-hours everyone arrived at the race headquarters in Feilai. Upon arrival runners checked into their lodging quarters before gathering together for a very energetic race check-in, course review meeting and healthy pre-race dinner.

You could feel the anticipation and excitement buzzing among the runners.

Race day kicked off with early breakfast, by 5:00 am everyone was on the bus heading to the start at Xidang Springs. The adrenaline was pumping at the start, runners gathering in groups taking photos and ready to run. A diverse group of runners from over 20 countries participating in 100k/50k ultra marathon and 42k/21k marathon distances. A mix of experienced endurance runners, marathoners, and even a few first timers!

Runners were in awe of the grand scale of the mountain as they mentally prepared for the extremely challenging 1000-meter climb in the first 5k to reach the mountain peak before descending into the picturesque Yubeng valley with breathtaking mountain views. The 50k course featured an extended path that took runners from Lower Yubeng to the foot of Meili Snow Mountain running up to a glacier and sacred waterfall. The local tradition at the waterfall is to go in a circle path clockwise three times as the falling water blesses you, bringing you good health, fortune and longevity.

At the waterfall U-turn point, runners were required to tear a page out of The Lost Horizon book and bring it back to the finish line as proof of completing the course. Several 42k and even 21k runners upgraded their distance to the 50k so they could fully experience the incredible beauty of the course.

Throughout the course were five checkpoint stations and six additional water stations. Featuring a diverse range of terrain and microclimates, from dense mountain forest to rocky glacier mountains to high mountain desert. Arriving into Yubeng runners navigated the village pathways, stairs, and trails peppered with farm animals, local natives and Tibetan pilgrims to cheer them on. Crossing a bridge draped in prayer flags with roaring spring river below, before ascending into Lower Yubeng to a major checkpoint station and course intersection.

From the Lower Yubeng intersection, 21k runners did a U-turn heading back to the start line to finish, 50k/100k runners took a right going to the sacred waterfall and collect their Lost Horizon page before U-turn back to the same station, then following 42k runners past Lower Yubeng into the farm and river sections. Opening up with pockets of farm fields and meadows before getting into the river section where the forest becomes dense and the trail changes from single track to boulders and rocks that require extra attention to traverse safely.

Throughout the river section the trail parallels to a roaring spring river with several waterfalls, the sound and energy of the river is exhilarating making it one of the most fun sections of the course to run through. Coming out the river section runners hit an important checkpoint station before going into the canyon. Runners were required to refuel and rest up to ensure their energy and mental focus was strong. The canyon section is the most dangerous part of the course and it demands to be taken seriously.

Departing the station, crossing the river on a small wooden bridge to start the canyon section. At first it does not seem like a big deal, but as the narrow winding path way continues forward along the side of the mountain, the river begins to get further and further away, dramatically dropping down. At a certain point, you look over the edge and it hits you, the river is hundreds of meters down and the canyon opens up to give dramatic views. Adrenaline is pumping and vertigo begins to kick in, the instinct is to stay on the inside of the path and keep moving forward.

After the canyon section the terrain changes, from the village of Ninong to Xidang the trail becomes a rocky dirt road and the climate shifts to high desert. Still up high on the mountainside with spectacular views of the massive Lancang River below. Once reaching Xidang, the remainder of the course becomes road climbing through the town into the finish at Xidang Springs.

As runners came into the finish they were cheered for the incredible accomplishment of completing the Shangri-La Marathon, an extremely challenging but beautiful course. Each finisher received a gold Inaugural Shangri-La Marathon medal and a towel with Meili Snow Mountain written in gold. The ultra runners finisher medal size caught everyone by surprise, as it was massive, more than double the size of the marathon medal!

The pain, the tears, and the joy that runners experienced all came through in the finish. Each runner had gone through a life changing experience by running the Shangri-La Marathon, creating memories that will last a lifetime. They discovered the Lost Horizon.